Sachin Tendulkar ruled cricket for over two decades. Even after all these years, his records remain unmatched. However, post his retirement in 2013, it was Virat Kohli who became India’s new “Mr Dependable”.

As he use to score runs for fun, people started to compare him with Tendulkar. As a matter of fact, several people started to feel that the 33-year-old could go on to break the legend’s records. Thus, the “Master Blaster” recently was asked the same question during an interview with American journalist Graham Bensinger.

“How about having both of us in one team?,” replied Sachin Tendulkar. It is to be noted that Kohli and the 48-year-old share a great bond. In fact, while speaking to Bensinger himself a few years ago, the Delhi batter recalled an incident that was really memorable to him. Virat revealed that he gave Sachin a holy thread given by his father as it was the most precious thing he had.

“We usually wear threads around our wrists. In India, a lot of people do. So my father gave one to me which he used to have. So I used to keep that in my bag. And then I thought this is the most valuable thing I have so it was like My father gave this to me and I couldn’t give you anything more valuable,” said Virat Kohli.

“I just want you to know how much you have inspired me and how much you mean to all of us. This is my little gift to you,” he added while narrating the incident.

Besides, there have been several instances where Kohli has gone on to record to say that he can’t be compared to Tendulkar, as Sachin is the best. A few years ago, the Bangalore player was asked about the comparisons between him and his predecessor. To which, he replied by saying that there isn’t any comparison as he himself started playing cricket because of Tendulkar. He also went on to call him the “most complete batsman ever”.

“You can only compare those who are worthy of the comparison. You are comparing me to someone because of whom I started playing cricket in the first place. I stand no chance in terms of skill level. He’s the most complete batsman ever. Then how can you even compare?,” said Kohli on Breakfast with Champions. 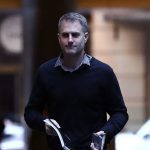