Beating India in India is never easy and England would have known that it’s going to take a mammoth effort to achieve the feat. However, they were coming back from a scintillating series against Sri Lanka which much have boosted their confidence. Then they went on to win the first Test which must have skyrocketed their confidence over the moon.

Spinners are the key to success in India thus Dom Bess was one of the key members of the England squad. However, he couldn’t deliver as per the expectations and could only manage five wickets in two games. He was very inconsistent with his lines and length which saw Joe Root dropping him for two games.

The English off-spinner has confessed that he started hating cricket after a challenging tour to India. However, he added that the experience would help him evolve as a bowler.

“After India, I had a good break away from it (cricket), because I really did start hating cricket. It got too much at times, certainly, in that bubble in India, there’s a lot of pressure going on, and it was really important for me to come back and get away from it,” Bess said in a chat with ESPNCricinfo.

“It’s (playing in bio-bubble) fine when you’re going well, but when things aren’t going well, it is very tough. But I only see what I had in India as a great positive. It’s been a tough time, really, but one hell of a learning curve for me. And in terms of where I see my game, I know what I’ve got to do,” the off-spinner added.

Dom Bess is currently playing county cricket for Yorkshire. He was struggling to find his rhythm in the tournament until he bagged a five wicket haul against Sussex. He went wicketless against Glamorgan and Kent.

Bess further admitted that he is not thinking about getting back into the England team.

“I’m not thinking about [England] at all. Of course, it’s there, but I’m not pushing that. It’s about banking what I do, making sure it’s a long-term process. I’m 23, so I’m looking at four-five years’ time, and what I do now – if the chance did come, I can go back into the international scene and know my game more. If it’s this summer, it’s this summer.”

England will host New Zealand for a two-match Test series starting on June 2nd. The hosts are most likely to give Jack Leach a nod ahead of Bess but it’ll be interesting to see if the young spinner finds a place in the squad or not.

Also read what Simon Katich has to say about Dhoni 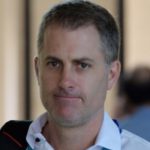 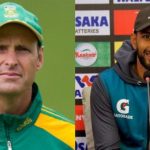