Sunrisers Hyderabad have announced that New Zealand skipper Kane Williamson will be taking over as the captain of the Sunrisers Hyderabad. The development came after SRH’s miserable outing in the ongoing edition of the Indian Premier League where they have lost five of their first six games.

Kane Williamson will replace David Warner, who led SRH to their maiden IPL title in 2016. This is not the first time that Williamson will lead the ‘Orange Army’. Earlier, he led SRH in the 2018 edition, taking them to the final of the tournament.

SRH released a statement to confirm the development. The release further stated that there will be few changes in the overseas combination in SRH’s next game against Rajasthan Royals.

“Sunrisers Hyderabad would like to announce that Kane Williamson will be taking over the captaincy for tomorrow’s match and for the remainder of IPL 2021. The team management has also made the decision that they will be changing their overseas combination for tomorrow’s match against Rajasthan Royals.

This decision has not come lightly as the management respects the enormous impact David Warner has had for the franchise over a number of years. As we face the remainder of the season we are sure David will continue to help us strive for success both on and off the field.”

Warner’s captaincy came under question after SRH’s poor show as a team but his place in the squad came under the scanner after his questionable knock against CSK. Warner scored a 55 ball 57 in the last game. It will be interesting to see if Warner is able to retain his place in the playing XI or not.

Kane Williamson was not selected in the first few games but his inclusion in the playing XI has made an immediate impact. The New Zealand skipper has amassed 108 runs in three innings without getting dismissed. 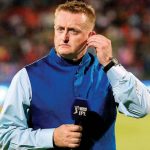 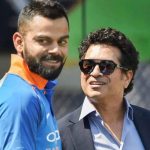