The cricket fraternity often appears divided when it comes to the debate regarding who is better between Sachin Tendulkar and Virat Kohli. Both of the batting stalwarts are considered as two of the greatest batsmen to play the gentlemen’s game and that has often resulted in the fans and the cricket experts drawing comparisons between the two.

Former Pakistan batsman Mohammad Yousuf also detailed his opinion on the issue saying that Virat is a phenomenal cricketer but the former Indian skipper Sachin Tendulkar belongs to a different class altogether. Yousuf believes that there should be no comparison between the two cricketers as one should always keep in mind that Tendulkar has faced some of the greatest bowlers of all time.

“He (Kohli) has done it and no matter how much we praise him it’s less. But at the same time, I think there is no comparison between Virat and Sachin. Tendulkar was a different class altogether. He scored 100 international hundreds and keep in mind the era he played in and the bowlers he played against,” Hindustan Times quoted the former Pakistan batsman as saying in an interview.

Further in the interaction, the former Pakistan cricketer was all praises for the current Indian skipper as he believes that what Kohli has achieved in his career thus far is commendable and praiseworthy. Virat is waiting for his 71st century in the international circuit since 2019. Mohammad Yousuf backed Kohli to soon start scoring a lot of centuries and return to his exemplary form with the willow.

“Kohli is only 32 and this is the age at which top batsmen hit prime and it is only a matter of time before he starts getting hundreds again. To achieve what he has already achieved is formidable and to me, scoring 70 Test and One-day International hundreds (by Kohli) is extreme,” the former Pakistan batsman stated. 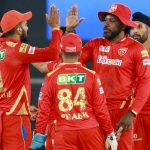