India Test captain Virat Kohli is likely to return to the team for the final Test against South Africa after missing the second Test match in Johannesburg due to upper back spasms. Kl Rahul led in Kohli’s absence but failed to lead the team to a win, as the visitors went down by seven wickets. The series is tantalizingly poised at1-1 and Kohli’s return to the Cape Town Test should boost the morale of the side.

Stand-in skipper Rahul revealed that Kohli is doing fine and should be back for the third Test. “Virat is feeling better already, he’s been in the nets the last couple of days and he’s been fielding and running around on the field,” said KL Rahul.

Later, at the press conference, head coach Rahul Dravid also sounded optimistic about Kohli’s return to the decider Test in Cape Town. “From all accounts, he should be fine,” Dravid said. “He’s had the opportunity to run around a little bit, he’s had the opportunity to test it a little bit, I’ll be down only now at the moment in the nets with a few throwdowns and stuff, so hopefully with a few net sessions in Cape Town, he should be good to go.

“I haven’t had a detailed discussion with the physio as yet, but from everything I’m hearing and from just having a chat with him, he’s really improving and should be good to go in four days.”

It will be interesting to see who Kohli replaces in the team. Ajinkya Rahane and Cheteshwar Pujara returned to form with timely half-centuries, while Hanuma Vihari also impressed with a gritty 40. 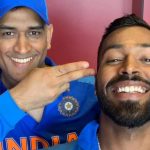 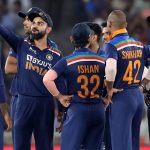