Pakistan Cricket Board (PCB) have been dealt with a huge blow ahead of the start of the upcoming seventh edition of the Pakistan Super League (PSL). Cricket South Africa (CSA) have refused to send their players to play the T20 tournament due to the India series and other domestic commitments. Due to the COVID-19 situation, the franchises were allowed to pick two additional players.

Already franchises had an 18-member squad, and they were eagerly waiting for PSL mini-draft as the likes of David Miller, Quinton de Kock, Tabraiz Shamsi, and Rassie van der Dussen were all listed to choose from. However, with the CSA’s decision to not send players, the franchises will no longer have the option to select any of the Proteas players. Currently, South Africa are playing three-match Test series against India.

After the conclusion of the Tests, the teams will then battle it out in three-match ODI series starting on January 19 to 23. Hence, CSA have asked the players to not travel to Pakistan to play the league. Meanwhile, the sources have claimed that six franchises will have to pick the additional players in the list that was drawn from the first draft which took place on December 18, according to reports in Cricket Pakistan.

The seventh edition of PSL will begin on January 27. However, the PCB have started to get worried about the tournament being conducted smoothly due to a spike in COVID-19 cases. For the same, it has already announced a foreign company to supervise the bio-bubble arrangements and norms. The PCB does not have Plan B or C if the PSL is postponed or halted due to COVID-19.

Previously, it had UAE as one of the options, but this time it does not have that option as the Emirates Cricket Board have planned to start its league of its own in February 2022. 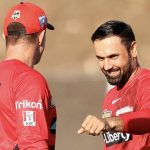 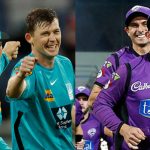