The fifth rescheduled Test match is slated to be played from 1st to 5th July 2022 at Edgbaston Cricket Ground in Birmingham. India are currently leading 2-1 in the series and a win or a draw would help them win the series for the first time in England since 2007.

Notably, India’s first-choice Test spinner, Ravichandran Ashwin is yet to play a single game in the series. However, the Edgbaston Cricket Ground has a history of assisting spinners. Spinners relish playing in those conditions and pick a lot of wickets.

Ashwin too has a great record at this very ground. Ashwin has picked 18 wickets in England and 7 of them came at this venue in 2018, where he almost won the game for India. He is likely to play the fifth Test match in Edgbaston.

Legendary Australian spinner, Shane Warne had voiced his opinion a number of times for playing two spinners at Edgbaston. Outside Asia, Edgbaston and Gabba were two of his happy hunting grounds.

India have another great spin bowling option in Ravindra Jadeja. Jadeja hasn’t played for India for some time now due to an injury. He has recovered fully though but will he be part of the playing XI remains to be seen. In the first innings of the warm-up match, Ravindra Jadeja outfoxed Rishabh Pant. He played a vital role in India’s win at the Oval.

The left-arm spinner was preferred over Ashwin and he returned with impressive bowling figures of 4 for 86 in 47 overs. India did a mistake by not playing an extra seamer over a spinner in the World Test Championship. They would have remembered that and, thus, would be looking to compile a playing XI according to the conditions.

Ashwin and Jadeja have played together in just 4 Tests outside Asia. The fifth Test is Edgbaston could be another chance for the duo to pair up. 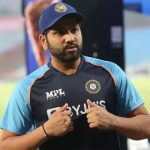