As expected, Pakistan crushed Zimbabwe 2-0 in the Test series. The hosts were no match to the quality Pakistan team and lost both their matches by an innings. But these one-sided affairs are not good for Test cricket as people want to see competitive matches. Several of the Pakistan experts were not impressed with Pakistan playing a weak opposition.

Speaking in the same tone, former Pakistan wicket-keeper Rashid Latif has said that Pakistan should look to play more Test matches against stronger teams as these low profile matches against teams like Zimbabwe are not going to do anything good to them.

“What is the purpose of such a series? It is good that Pakistan has got to play Test matches but in future, the PCB must look at scheduling matches against stronger teams. We must not be afraid to match up against them,” Latif said

Latif opined that instead of going and playing against Zimbabwe, Pakistan should have played one Test against South Africa. He further added that Pakistan should play more against teams like New Zealand, Australia and England.

“When we face England, Australia and New Zealand, increase the Test matches because people want to see those two teams play. Don’t worry about winning and losing matches. We are already not playing against India and there are only five or six other teams that we should play,” he said.

Earlier, Ramiz Raja also termed Pakistan’s 2-0 win over Zimbabwe as a poor advertisement of Test cricket and asked Zimbabwe to only focus on white-ball cricket.

“It’s sad to see Zimbabwe’s current state because they were a very competitive team back in the day. Their team in the 1992 World Cup had three or four world-class players who could take the game away from you if proper planning was not done,” Raja said.

“There has been a gradual deterioration in their system and structure along with corruption in cricket board. This performance is a reflection of this deterioration over the past 15-20 years. I hope they do well in the future but for now, they should not play Test cricket and concentrate only on white-ball cricket,” he added. 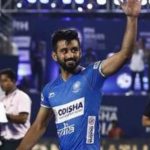 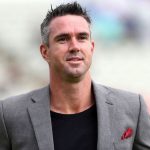