The ongoing Pakistan Super League 2022 is finally in its Endgame. The grand finale is all set to take place between Multan Sultans and Lahore Qalandars. While the Rizwan-led side are looking to defend their title, the Afridi-led side would be looking to win their maiden title.

In what turned out to be an absolute thriller, they beat Islamabad United by six runs in the second Qualifier. However, they have been playing without their spinner, Rashid Khan. The Afghan superstar is in Bangladesh due to international commitments.

However, according to a report by Cricket Pakistan, the leggie would be available for the Lahore-based franchise in the final of the PSL 2022. The Pakistan Cricket Board (PCB) recently modified the PSL 2022 Health and Safety Protocols. This step was taken due to the prevalent NCOC regulations and the current Covid-19 positivity trend in the country. One of the modifications includes reduction in the isolation period of asymptomatic cases from seven to five days. A negative Rapid Antigen Test (RAT) will be required to exit the isolation. Thus, Rashid will be available to play if he returns a negative report as he doesn’t need to serve isolation as he is already in bio-bubble in Bangladesh.

Meanwhile, the Afghan cricketer left after his franchise’s ninth game. In this edition of the PSL, he has taken 13 wickets in nine games at an average of 17.31. Australia’s Fawad Khan was named as his replacement for the remainder of the tournament.

The news spread like wildfire and Lahore fans were jubilant at the development. Unfortunately, this turned out to be a mere rumour as Khan confirmed that he won’t be playing the PSL 2022 final. He took to Twitter to clarify that he is on national duty which is his first priority. However, he did wish Qalandars captain Shaheen Afridi all the best for the grand finale.

It would’ve been great to be part of @lahoreqalandars and play alongside lads in @thePSLt20 final.
I won’t be able to make it for the finals due to National Duty which is always a first priority.I wish my captain @iShaheenAfridi @sameenrana and team GOOD LUCK INSHALLAH ❤️ 🤲🏻 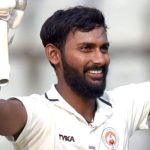