Team India head coach Ravi Shastri’s contract comes to an end after the ICC T20 World Cup 2021 and there is no verdict as of yet from the Board of Control for Cricket in India (BCCI) on extending his contract. Former India captain Kapil Dev, however, believes there is no need to change the Indian coach if Shastri can produce results.

If Shastri wants to continue as a coach he will have to re-apply for the position. The 59-year-old has done a good job with the team while at the helm. He was instrumental in guiding the youngsters during India’s series Down Under in 2020-21. He also has taken the team to the final, semifinal, and final of three ICC events in the year 2017, 2019, and 2021 respectively.

“I don’t think there is any need to speak about it. Let this Sri Lanka series get over. We’ll get to know the kind of performance our team has dished out,” Kapil told APB News.

Kapil Dev also felt there is no harm in grooming a new coach, but if the old coach can continue doing well, then there is no need for a change.

“If you’re trying to groom a new coach, there’s nothing wrong with it. Then again, if Ravi Shastri continues to do a good job, there’s no reason to remove him either. Only time will tell. Before that I think it will put unnecessary pressure on our coaches and players,” Kapil said about his former vice-captain. 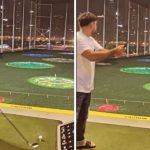