India and New Zealand competed against each other in the final ODI of the series on January 24, Tuesday and it was the Indian team who batted first after losing the toss. Much to the solace of the Indian fans, the Men in Blue openers Rohit Sharma and Shubman Gill got off to a great start with both of them scoring a century.

To add more, the Indian batters put on a 200-run stand for the first wicket, with the team hundred coming off just 76 balls. It was a quickfire team double hundred as the openers kept toying with the Kiwi pacers on the day, with Gill reaching his century off just 72 balls and making a statement ahead of the 50-over World Cup set to take place at home later this year.

Rohit, on the other hand, was brimming with confidence and made his way back to the dressing room after contributing 101 runs to India’s scoreboard. One could understand that he is trying to get the Men in Blue off to an aggressive start time and time again, ahead of the multinational tournament.

Can Shubman Gill carry on with his form until 50-over World Cup 2023?

Gill would hope to carry on with the form until the multinational tournament set to take place at home, given that he is one of the reliable openers at present for team India across all formats. That being said, Gill will also feature in the T20I series which follows the ODI series and one could understand that he would look to gather runs in the shortest format as well.

Gill enjoyed a great run as an opener in the ODIs in 2022, eventually winning two Player of the Series awards consecutively during the tour to Zimbabwe and West Indies. The Indian batter would leave no stone unturned to cement his place for the showpiece event, although one could understand that he might have done it already.

Here’s how fans have reacted to Shubman Gill’s blistering innings vs Tom Latham-led New Zealand in the 3rd ODI on Tuesday played at Indore:

@ind_vs_nz
What a nice pair this is turning out!!@ImRo45 has got a sensible partner in @ShubmanGill
After Shikhar he is best partner so far…
Both are complimenting each other very well.

Since Shubman Gill dismissal, india have been poor with their batting, scoring just 83 runs in 14 overs #INDvsNZ 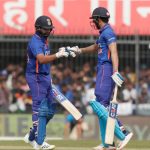 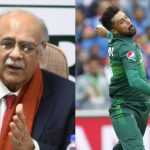