The BCCI’s Apex Council on Friday got the Visa approval for the Pakistan team and media for the upcoming T20 World Cup. Now, if reports are to be believed, the ‘Green Army’ will play all their matches in Kolkata. While the reports are not confirmed by the board or any authentic source, a report in ARY sports has mentioned the same.

Earlier, some reports suggested that Pakistan will play two of their matches in Delhi.

“Pakistan will play two of their matches in Delhi which is not hosting any knockout game as per the tentative schedule that has been discussed,” confirmed a report from MNS sports.

As many as 45 venues have been shortlisted to host the 45 matches of the T20 World Cup. Other than Delhi, Mumbai, Kolkata, Ahmedabad, Dharamsala, Lucknow, Hyderabad, Bengaluru and Chennai have also been earmarked to host matches.

Ahead of the main event, eight teams will participate in the qualifying round. Sri Lanka, Ireland, Papua New Guinea and Oman are placed in group A while Bangladesh, Holland, Namibia and Scotland will compete in Group B.

With India struggling with the second wave of COVID-19, the tournament is most likely to be played behind closed doors. 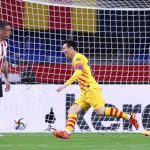 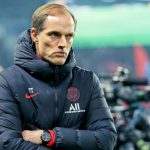