Virat Kohli is unarguably one of the most popular cricketers. He has millions of fans across the globe. However, contrary to the general perception, he has several fans in Pakistan as well. Recently, a Kohli fan from the country was spotted during the ongoing Pakistan Super League (PSL). During the game between Multan Sultans and Quetta Gladiators on Friday, a spectator was seen holding a poster of Kohli in the crowd. There was a heartwarming message written on it as well.

“I want to see your century in Pakistan,” read the message. Thus, the image of the fan with the poster instantly went viral. Several cricket fans were touched by the message, and it showed how much the batting maestro is truly loved by his fans.

Virat Kohli's poster in PSL in Pakistan and the fan wrote that "I want to see your century in Pakistan." – Virat Kohli's fan following is just Unmatchable. pic.twitter.com/b2sHIb5HBb

In the meanwhile, the 33-year-old scored a superb 52 from just 41 balls against West Indies during the second T20I on Friday. His knock helped India get to 186 in the first innings. At the end, the men in blue ended up winning the game by 8 runs. The team has now taken an unassailable 2-0 lead in the series.

As for the game between Multan and Quetta, that saw the Kohli fan in the stands, the Rizwan-led side thrashed the Gladiators by 117 runs. This has led to their NRR getting a big boost. After winning the toss and electing to bat first, the Multan skipper Mohammad Rizwan and his opening partner Shan Masood came out all guns blazing.

Post which, Rilee Rossouw joined the party as well. After conceding 245 in their 20 overs, the Gladiators never really got going and kept losing wickets at regular intervals. Thus, at the end, they were bundled out for 128. For his amazing and unbeaten 83 off just 54 balls, Rizwan went on to win the Player of the Match award. 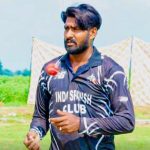 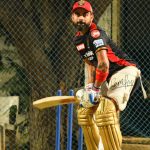