Legendary Sri Lankan cricketer and the current member of the Sunrisers Hyderabad’s support staff, Muttiah Muralidharan has undergone an angioplasty. As per a report in ESPN Cricinfo, the champion spinner had a stent fitted to unblock an artery. Muralidharan is expected to join the SRH camp soon, after getting discharged.

According to SRH officials, Muralidharan went for a checkup after which the doctors advised him to get the angioplasty done as soon as possible.

“He had consulted doctors in Sri Lanka over blockage in his heart before coming for the IPL. He was initially told there was no need for any stents but at the Apollo Hospital here in Chennai, he was advised angioplasty. He immediately got it done,” Shanmuganathan, the CEO of the Sunrisers, told Cricbuzz on Sunday night . “He is very much fine and he should back in the ground in a few days.”

Muralidharan is one of the greatest spinners of all time and is the leading wicket-taker in international cricket with 1347 scalps.

Talking about SRH, the David Warner led side have got off to a miserable start in IPL 2021 and have lost all their games. The ‘Orange Army’ is facing issues with their batting and have failed to chase 187 against KKR, 149 against RCB and 150 against MI.

Also read our review for DC vs PBKS 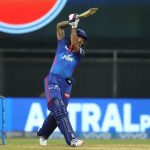