The upcoming fifteenth edition of the Indian T20 league is all set to welcome two new teams. i.e. Lucknow and Ahmedabad. As far as the Gujrat-based franchise is concerned, they had a superb mega auction. They purchased several world-class players.

It is to be noted that Hardik Pandya is all set to lead Gujarat. However, due to his recent injuries, he hasn’t bowled too much in the recent past. Despite that, Gujarat’s head coach Ashish Nehra wasn’t too worried about it.

The former pacer said that the team would be more than happy to have their skipper play as a pure batter for the entire season. While speaking to India Today, Nehra however did state that it would be good to see Pandya bowl. Yet, he mentioned that the all-rounder could walk into any team as a pure batter.

“If he bowls, it’s great. But to be very honest, we are more than happy to have Hardik Pandya as a pure batsman. I don’t see any T20 team in the world, not taking just about the ITL, where Hardik doesn’t fit as a batsman. Whatever number he bats, be it 4 or 5 or 6,” said Ashish Nehra.

“Yes, there is always speculation around his bowling. If he can bowl for Gujarat Titans, that will be great. But yes, if he is only batting fit, I will be happy with Hardik Pandya,” he added.

In the meanwhile, Nehra also addressed his team’s ideology to back the youngsters. The Pandya-led side purchased a lot of Indian stars in the mega auction. Further on, Gujarat’s head coach also backed the all-rounder Vijay Shankar to come good.

“If you see the same Shubman Gill or Devdutt Padikkal or Prithvi Shaw, they have become stars. Devdutt, we (Bangalore) got for Rs 20 lakh. But see where Devdutt is now. I am hoping for somebody like Abhinav Manohar or Sai Kishore to do the job. I am really hoping and backing somebody like Vijay Shankar, who has been around the team, played for India. I am looking forward to how Vijay Shankar will be doing because I really believe in him,” he said. 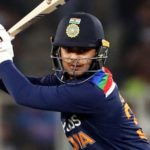 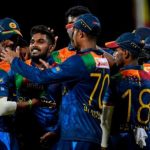