Former India pacer Ashish Nehra feels that the manner in which Indian skipper Virat Kohli was dismissed against South Africa in the opening Test of the three-match series is slightly concerning. India and South Africa kickstarted proceedings in Centurion on Boxing Day, with KL Rahul scoring a brilliant century to put India in a position of strength.

Kohli, who came in to bat after Lungi Ngidi struck twice quickly to remove half-centurion Mayank Agarwal and Cheteshwar Pujara for a golden duck, strung a crucial partnership with Rahul, but eventually threw his wicket away when he chased a wide ball from Ngidi and edged it to first slip for 35.

The Indian skipper has now gone without a century in Test cricket since the pink-ball Test in Kolkata against Bangladesh in November 2019. Meanwhile, Nehra feels that all he needs to do is convert the start into something substantial, as he is not entirely out of form.

“Looking at the way he’s been dismissed, it’s a bit of concern. South Africa bowlers made Kohli play a loose shot and this has been a problem lately. Kohli has been giving his wickets to bowlers. Looking at today’s dismissal, we understand how Kohli has been out facing swinging deliveries aimed around the fourth stump. In such cases, you need the batter to leave those deliveries… we saw that from KL Rahul today,” said Nehra on Cricbuzz.

“You expect Kohli to play those 135-150 kmph deliveries on the front foot but when the ball starts moving and gets bounce too, any player would face difficulties. We haven’t seen the Kohli whom we saw in 2-3 years but once he gets out of this zone, he will be unstoppable. But Kohli’s mentality and understanding of the game will help him score that much-awaited knock. He had scored 74 in the Adelaide Test against Australia this year and another such knock isn’t far away,” he added. 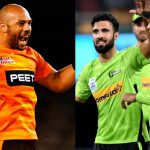