Indian skipper Mithali Raj added another feather to her already illustrious career as she leapfrogged England’s Charlotte Edwards as the leading run-scorer in women’s international career. Mithali achieved the feat during her 75 run knock that powered India women to a four-wicket win in the third ODI against England women.

Mithali had 10, 261 runs before the start of the game and needed just 12 runs to surpass Edwards’ tally of 10,273. Mithali is also the leading run-scorer and the only women’s cricketer to have breached the 7000 run mark in ODIs. She was only the second woman to reach 10,000 runs in international cricket after Charlotte Edwards.

India women were playing for pride as they had already lost the series after succumbing to losses in the first two ODIs. Put in to bat, England women were bowled out for 219 thanks to some outstading bowling from the Indian bowlers. The hosts were cruising at 151/3 in the 34th over with contributions from Heather Knight (46 off 71 balls), Natalie Sciver (49 off 59 balls) and Lauren Winfield Hill (36 off 52 balls).

However, Indian bowlers bounced back to restrict England women to an achievable total. The chase wasn’t a cakewalk for India as England pegged them back with regular wickets. However, Mithali stood tall and played an unbeaten knock of 75 to hand India a consolation win. Smrithi Mandhana and Sneh Rana also made vital contributions. 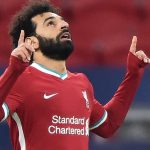 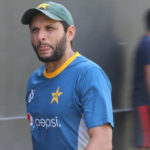