The World Test Championship (WTC) was a huge success. The first edition saw a lot of thrilling encounters. India and New Zealand were the finalists of the first-ever edition where the Kiwis came out victorious. However, in this year’s tournament, all the teams are fighting hard to make it to the top of the table. As of now, Australia is at the top of the table as they have won five matches out of eight with a point percentage of 75.

Last years final was held at the Ageas Bowl in Southampton. But now, the Chairperson of the apex body of cricket Greg Barclay has said that the Lord’s Cricket Ground is likely to be the next host for the WTC final.

“I think it is scheduled for Lord’s, that was always the intention.” – Greg Barclay

Speaking on BBC’s Test Match Special during the England vs New Zealand first Test, he said that it had been always the intention to host the WTC final at Lord’s. He told: “I think it is scheduled for Lord’s, that was always the intention. It’s June so that rules out a number of other venues and we’ve got to get certainty around where it’s hosted. We’re out of Covid now so subject to arrangements being made and being able to be hosted out of Lord’s I think that’s the intention,”

Even last year, Lord’s was in contention to host the final. However, due to Covid-19 restrictions, organisers found it difficult to host the grand finale at the home of cricket. The Ageas Bowl looked safe, keeping in mind the strict bio-bubble restrictions. Now, as the overall Covid situation is better and there are no restrictions per se, Lord’s is the frontrunner for hosting this year’s final.

Speaking about the 1st Test Match between England and New Zealand, the Kiwis had a batting collapse after opting for a bat as they were bundled for 132 runs. But, they replied strongly with the ball as England were restricted to 141 runs with a small lead of nine runs. Now, by the end of Day 2, New Zealand gained a healthy lead of 227 runs, courtesy of the solid unbeaten partnership of 180 runs between Daryl Mitchell (97* runs off 188 balls) and Tom Blundell (90* off 182 balls). 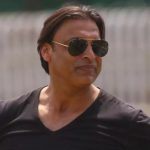