Gujarat Giants will lock horns with the Manipal Tigers in the third match of the Legends League Cricket. Virender Sehwag-led Gujarat is coming off a three-wicket win against India Capitals in their first match. On the other hand, Manipal Tigers will be led by the former legendary Indian off-spinner and World Champion Harbhajan Singh.

While playing against Gautam Gambhir-led India Capitals in the inaugural match of the tournament, Giants won the match on the back of a blistering 61-run knock from former Irish batter Kevin ’O’Brien. They are currently leading the points table with the top spot having an NRR of 0.693.

On the other hand, Manipal Tigers have started their campaign in the tournament against Bhilwara Kings in the ongoing match at Lucknow. The Kings’ camp is being captained by the former veteran Indian all-rounder Irfan Pathan.

So, taking this discussion a bit ahead, here we’ll have a look at all the details of the 3rd match to be played between Gujarat Giants and Manipal Tigers. It will include the match details, venue details, broadcast details, preview, pitch report, and all you need to know.

Date & Time: 7:30 PM, 19th of September (According to the Indian Standard Time

The turf of Ekana Stadium might be a paradise for the batter in the first innings if they go on to use the powerplay field restrictions. So, it can be analyzed that the captain who will win the toss might definitely opt to bat first. It is being said because the chasing will be a bit tough on the used wicket. 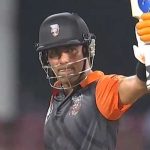