A lot was expected of Team India in the World Test Championship final. However, the Indian team was outplayed by a determined New Zealand, leaving 100 million Indian fans heartbroken. The loss caused a severe outrage on social media with the fans slamming Virat Kohli for not being able to win an ICC trophy.

However, legendary all-rounder Kapil Dev has extended his support to Virat Kohli and his team. While speaking on Sports Yaari’s YouTube channel, the 1983 World Cup winning captain said the media and fans often overlook the good work done by the team, adding that reaching the finals is an achievement in itself.

“Tell me one thing: they are reaching the semi-final or final each and every time, isn’t that an achievement in itself? We criticise very quickly. You can’t win the trophy every time. Look at how well they played. If they lose one match here or the World Cup semi-final, does that mean they are succumbing to pressure? No, that’s not how it goes.

“They (the opposition) had a better day, they played better. We see it very critically – one bad performance and the media shows it a hundred times: ‘These guys can’t take the pressure’. We have all won a lot of games under the same pressure as well,” Dev said on Sports Yaari’s YouTube channel.

Virat Kohli and his men will have an opportunity to silence their critics when they take on England in a five-match Test series starting August 4 in Nottingham. The team will have a three-week break before they take assemble on July 14. Given India’s record in England, where they have not won a series since 2007, it is not going to be an easy task. The team need to rectify flaws in their batting if they are to get past the ‘Three Lions’. The series will be part of the second cycle of the World Test Championship thus Virat Kohli will be keen to get their campaign off to a winning start.

Meanwhile, a team of white-ball specialists will cross swords with Sri Lanka in three ODIs and as many T20Is commencing July 13. The team will be led by Shikhar Dhawan while Bhuvneshwar Kumar will be his deputy. With Ravi Shastri with the main Indian team, Rahul Dravid has been appointed as the Indian coach for the Sri Lanka series. The selectors will be keeping a keen eye on this series to fill the gaps in the Indian squad for the T20 World Cup. With the marquee event being played in the subcontinent, it will be Virat Kohli’s best chance to win an ICC trophy. 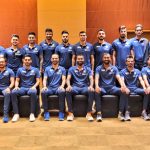 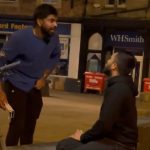