After being demolished by Delhi Capitals, Chennai Super Kings roared back to decimate Punjab Kings in their last game. The win must have been a pleasing experience but the ‘yellow brigade’ will be aware that they don’t have to be complacent and keep on improving. Their last win was largely because of the effort of their bowlers who left Punjab Kings’ batting in shambles. However, how Chennai performs while chasing big totals is yet to be seen.

The batting has plenty of experience but somewhat lacks the power that is needed in this format of the game. Moeen Ali seems to be a good edition as the all rounder has played a couple of decent knocks. He along with Suresh Raina are the two players that can score freely while the likes of Faf Du Plessis and Ambati Rayudu can anchor the innings. If the top order can bat well, the likes of Ravindra Jadeja and Sam Curran are capable of hitting some lusty blows at the end of the innings. It will also be interesting to see if Robin Uthappa makes a cut into the team in place of Ruturaj Gaikwad. Lungi Ngidi has completed his quarantine and should make it to the playing XI.

Talking about Rajasthan, they had two contrasting batting performances in both their games. They almost chased 222 against Punjab but struggled in the chase of 150 against Delhi. It was only the efforts of David Miller and Chris Morris that helped them cross the line. At the moment, the Royals’ batting looks thin. They’ve lost Ben Stokes, the likes of Manan Vohra and Jos Buttler are not scoring. Shivam Dube and Riyan Parag can be inconsistent. David Miller is in fine form which will be a big respite though. Rajasthan, at the moment, seems to be over-dependent on Sanju Samson and David Miller, never a good thing. The bowlers performed well in the previous game and Samson will expect a similar performance from them against CSK. However, they too can be very inconsistent.

Pitch Report – The wickets so far at Wankhede have been brilliant for batting and we expect another good batting surface for the upcoming game.

Lungi Ngidi is out of his quarantine and is available for selection. It will also be interesting to see if MS Dhoni brings in Robin Uthappa in the team in place of Ruturaj Gaikwad.

Moeen Ali has looked the most fluent of all CSK batsmen. On a good batting wicket, CSK can expect another good knock from him. He can be very handy with the ball as well.

Manan Vohra has looked out of touch and Royals might look to replace him with Yashasvi Jaiswal.

David Miller has scored three half-centuries in his last three T20 innings. He can be absolutely destructive on his day and going by his form, we can expect another solid show from him. 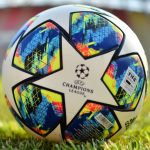