The recently concluded mega auction saw several world-class players go under the hammer. As overseas players have always been an integral part of the Indian T20 league, several of them bagged lucrative contracts. However, it is to be noted that a few international stars were retained ahead of the auction as well. Today, we shall be taking a look at the best XI of overseas players

David Warner is arguably the greatest batter in the history of the Indian T20 league. He has won the Orange Cap thrice. As for Bairstow, the keeper-batter has been one of the most aggressive batters in the shorter versions of the game. It is to be noted that the two of them have opened in the past as well, and went on to form a formidable opening combination. Thus, this duo can give nightmares to the opposition bowlers

Irrespective of the six-hitting demand in the shortest format of the game, every team needs an anchor. Hence, Kane Williamson is the ideal choice to bat at three. Not only can he play the rescue act during collapses, but he can also play the big shots if needed. Following him would be Liam Livingstone. Although the English all-rounder hasn’t had much success in the toughest 20 league, he was purchased for INR 11.5 crore. He has the ability to hit both, the pacers, as well as the spinners. 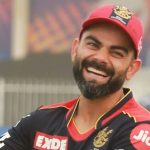 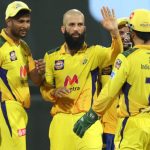