New Zealand skipper Kane Williamson is set to miss the three-match T20I series against India. Williamson took a break from T20Is to prepare himself for the two-match Test series which will follow the T20Is. Meanwhile, pacer Tim Southee has been named the skipper of the side. New Zealand Cricket (NZC) confirmed the development in a statement which revealed that Williamson will stay with the Test squad in Jaipur to prepare for the two Test Championship games. Meanwhile, Kyle Jamieson, Daryl Mitchell, Glenn Phillips, and Mitchell Santner – other players who are part of both the squads, will be available for selection.

“Blackcaps captain Kane Williamson will miss this week’s three-game T20 series against India as he prioritises preparing for the Test series starting on November 25 in Kanpur,” New Zealand Cricket (NZC) said in a statement.

Meanwhile, injured pacer Lockie Ferguson is also expected to regain peak fitness before the T20I series. “Lockie Ferguson’s recovery from a right calf-strain continues to progress well and he is expected to be available for the T20 series,” NZC added.

The series gets underway on November 17 in Jaipur, with matches to follow in Ranchi and Kolkata on November 19 and 21. The Test series will kick off on November 25 in Kanpur, while the second Test will be played from December 3 in Mumbai 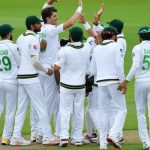