With the Indian T20 League 2023 mini-auction right around the corner, the franchises are already keen to fill up the slots and the Chennai team, in specific, will look to target players from Tamil Nadu to take them into the squad.

Although it is unlikely that the franchise will release more than 3 to 4 players, we decided to handpick five players from Tamil Nadu whom the team management might pick in the upcoming mini-auction.

Here are the players:

For the unversed, the player from the state was a part of Ruby Trichy Warriors in the recently concluded Tamil Nadu Premier League (TNPL). The youngster came up with impressive performances and he can fit into any franchise.

His best performance in the league came against Chepauk Super Gillies on July 6, when he picked a three-for and made a name for himself. The cricketer might as well make it to the Chennai squad as he fills the requirements. 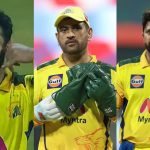 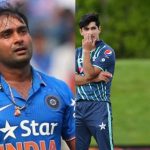