The Men in Blue are currently hosting South Africa in a five-match T20I series. Having lost the first two, the Indian team came back strongly to win the third game. With the series hanging in balance, India would be looking to win the rest of their matches in order to win the series.

The team is currently stacked with talent having got lots of young players from the Indian T20 League. The likes of Umran Malik, Arshdeep Singh, Avesh Khan, and Ruturaj Gaikwad are some of them who were given a place in the national side on the back of their Indian T20 League performance.

However, the one player who hasn’t been shown the same level of confidence as the above four, is Sanju Samson. The Rajasthan captain had a decent Indian T20 League season having made 458 runs in 17 matches at a strike rate of 146.79. The batter however failed to capture selectors’ attention as the competition continues to grow stronger.

Despite the rejection, the Vizjinjam-born batter continues to train hard and looks ready for launching another challenge at a place in team India. The wicket-keeper batter, took to Instagram to announce his match readiness with a trio of pictures. The Instagram post that has 64k likes reads, “Top Session 👌🏻🏏❤️”

In the pictures, the Rajasthan captain could be seen taking part in a batting practice session in the nets. The 27-year-old has played just one ODI for team India and has made 46 runs with a strike rate of 100. Additionally, he has also played 13 T20Is in which he has accumulated 174 runs at a poor average of 14.5.

Currently, the Indian team is hosting South Africa in a T20I series. The first two matches were comfortably won by the Proteas with seven and four wickets respectively. The last match held in Vizag however was won by India by 48 runs and the series stands at 2-1 in the South African team’s favour. The next match of the series is slated to be played at Rajkot on 17th June. 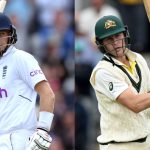 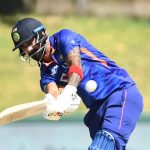