With three wins and as many losses, Mumbai Indians are ranked 4th in the points table of IPL 2021. The defending champions have not looked themselves and things could have been worst for them had their bowlers not rose to the occasions. The main reason for Mumbai Indians’ miseries has been the poor run of their batsmen.

However, in the last game, they cruised to an easy victory. The change in venue from Chennai to Delhi worked wonders for Mumbai as their batsmen looked far more comfortable. So was the surface in Chennai the main culprit for Mumbai’s poor show? Former New Zealand cricketer Scott Styris believes so. Styris termed the Chennai pitch as ‘dreadful’ and said that MI players will flourish in the new surroundings.

“You can’t judge Mumbai and what they’ve done so far — this Chennai, it was a dreadful cricket pitch. They’re out of there. Now, they’re getting back onto a surface that they are more comfortable with. I think we’ll see their players flourish and show their skills,” he further said.

He also reckoned that Chennai Super Kings are one of the favourites to lift the IPL trophy this season along with Mumbai Indians. However, he said the game between MI and CSK will give a clear idea of which team is ahead in terms of winning the title, adding that he wants to see CSK beat MI in today’s game.

“The power rankings, which you mentioned, I still have Mumbai at number one. So, I’m sticking to that, I think Mumbai, will go in as favourites. However, the performances CSK has given, they could win this as well. I think this is a bit of a test for CSK, because I think you still need to judge yourself against Mumbai juggernaut,” said Styris on Star Sports show Cricket Live.

“I’d love to see CSK win it, because I think that really does make them title contenders — they’re already title contenders, but this will really solidify that. Other than that, Mumbai is still the favourite in this competition,” Styris added.

“Yeah, it’s again a great battle. I think CSK played some great cricket throughout the summer so far but I think — like Scotty again, not joint agreement Scotty — they might go in on a wicket that should suit them more than what Chennai wicket did,” said Southee.

“So I think they’ll start to find their own in the next few games. And as we know Mumbai, they are a quality side — pushed strong through the middle and back into this tournament. So, I am picking Mumbai,” he added. 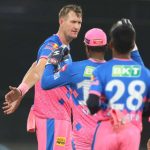