Indian cricket board president Sourav Ganguly has heaped his praises on the veteran Indian women’s cricketer Jhulan Goswami. Notably, Jhulan is all set to bid adieu to international cricket after the end of the current ODI series between India and England. Indian team under the leadership of senior all-rounder Harmanpreet Kaur has already taken a winning lead in the series as they have defeated the English girls in two consecutive matches.

Skipper Kaur smashed a swashbuckling centurion knock to take India home in with a comfortable win of 88 runs over England in the second of the three-match ODI series. With this win in the second ODI, Indian girls won their first ODI series against England after 23 years since 1999.

Coming back to Sourav Ganguly’s statement for Jhulan Goswami, then he appreciated the veteran bowler while congratulating her for a handsome international career.

“If my daughter wants to play cricket, I would suggest her be like Jhulan but unfortunately, she is not playing cricket. I wish her all the best,” said Ganguly during an event in Kolkata.

“Jhulan Goswami is an absolute legend. She has taken the most wickets in the history of women’s cricket. She is from Bengal Chakdah. I have a very cordial relationship with her. I had a lot of discussions with Jhulan Goswami regarding women’s cricket development. I had a chat with Smriti Mandhana, and Harmanpreet Kaur as well,” he added later.

Later on, summing up his remarks, Ganguly praised Jhulan for serving Indian cricket for such a long time.

“I am very happy for Jhulan. She is almost 40. She has had a remarkable career. Every sportsman’s and sportswoman’s life comes to an end. That is what sport is. But what Jhulan will leave is a rich legacy. She is a role model. She is finishing at Lord’s. And finishing at Lord’s is a dream,” the Indian cricket board president concluded. 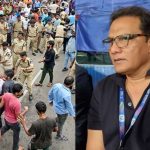 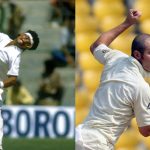