India Legends and England Legends competed in match 14 of the Road Safety World Series 2022. The ongoing tournament has turned out to be a great one than the first edition barring a few washed-out matches. Thursday’s clash also turned out to be a rain-interrupted one as the match was reduced to fifteen overs per side.

Speaking of the toss, England Legends’ skipper Ian Bell won the toss and elected to field first. The skipper of India Legends, Sachin Tendulkar, got off to a great start in the powerplay. Smacking three maximums and three fours, the Indian legend crumbled after scoring forty runs off just twenty balls.

After amassing 67 runs in the powerplay, the Men in Blue veterans pushed it further in the middle overs. Yuvraj Singh, the all-rounder who used to give nightmares to England, proved it yet again. The veteran provided a stunning finish and powered India Legends to a total of 170 runs in fifteen overs.

The chase looked weakened and the England Legends’ openers looked low on morale. Understandably, the team has not done well in the ongoing season of the Road Safety World Series. India Legends’ bowlers kept it tight in the powerplay and restricted the Three Lions veterans to a total of 51 at the end of six overs.

The middle order did not flourish for the Three Lions and the team started crumbling like a pack of cards. Reasonably so, England Legends have a squad that looks weak on paper. It got exposed on the field in the ongoing season of the Road Safety World Series.

India Legends’ bowler Rajesh Pawar was breathing fire and contributed three wickets to the team. Sachin Tendulkar was impressive in the match with his batting and his tactical moves. The former Indian legend kept rotating the bowlers well and managed to keep pressure on the opposition.

India Legends emerged victorious against England Legends and crushed them by forty runs. With a stunning match, come crazy tweets from crazy fans on Twitter. Let’s take a look at such crazy tweets that we found on Twitter:

Our Childhood is back! ❤️
Happy to see you again !@YUVSTRONG12 | @IrfanPathan

Legends Cricket League is becoming more and more interesting. Thanks to all the organizers and sponsors for letting us watch the greatest cricketers of all times. It's no less than a treat to watch these legends bat after so long! 🙌👏#SachinTendulkar #YuvrajSingh #CricketIsBack

@sachin_rt @YUVSTRONG12 What a splendid batting performance!! Just like old times. Looks like you guys never retired. Pls make a comeback to #TeamIndia for the upcoming World cup!!

Loved to watch the #IndiaLegends All Players which are in our CHILDHOOD ERA…Gave so much of Vibes of that time♥️..I always remembered that INDIA Team🇮🇳..#SachinTendulkar, #YuvrajSingh & #Pathaan Bro's Fantastic too now & Then👏.. complete Entertainment!!#RoadSafetyWorldSeries. 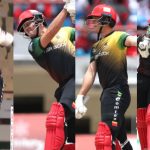