The Sri Lanka- India series, which was set to get underway on July 13, was postponed till July 18 after Sri Lanka batting coach Grant Flower and data analyst GT Niroshan tested positive for COVID-19. The duo returned positive results 48 hours after returning from England, where a mini outbreak infected seven members of the English contingent.

Sri Lanka Cricket (SLC) is keen on investigating the cause of Flower’s positive result. The board is suspecting a bio-bubble breach thus a probe will be conducted to find if Flower had breached any COVID-19 protocols. The investigation will be done once Flower is out of quarantine. If found guilty, the former cricketer could face stern punishment. It is learned that Flower was offered the first dose of vaccine but he refused to take the shot and requested for Pfizer vaccine.

Meanwhile, despite COVID-19 concerns, the Sri Lanka – India series will go ahead with minor modifications. As per the new schedule, the ODIs will begin from July 18, with the other two games being played on July 20 and 23, while the T20Is will follow on July 25, 27, and 29. All matches will be played at the R Premadasa Stadium in Colombo behind closed doors.

Sri Lanka cricket has seen a massive slump of late. The team recently succumbed to their fifth consecutive T20I series loss against England. The tour turned out be a nightmare for the visitors as they failed to win even a single game. The below par performances of the team has left the fans and experts fuming. With India missing their key players and Sri Lanka also playing on their home turf, the hosts will be hoping to get some favourable results. However, it won’t be easy by any means. 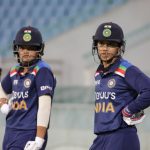 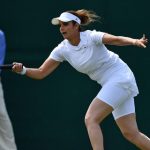