India women managed to draw level with England women in the T20I series, winning the second T20I by eight runs. It was a great batting performance from India, led by Shafali Verma and Smriti Mandhana who set the tone early in the innings by posting a 70-run opening stand.

Since Verma’s debut in the shortest format in 2019, the pair of Mandhana and Verma has scored 790 runs in just 22 innings at an average of 37.61. Often the duo’s belligerent starts upfront has enabled India to post a challenging score or hunt down steep run-chases with relative ease.

If one batter does not get going, then the other makes sure to keep hitting runs. With one more T20I set to be played on Wednesday, July 14, the Verma-Mandhana duo will be eager to pave way for another Indian win.

“It’s been about a year and a half since Shaifu (Shafali) and I started opening together in the T20I format. On this tour, I also opened with her in the one-dayers and the Test. It’s a lot of fun to be involved in partnerships with her,” said Smriti in the pre-match press conference, ahead of the deciding T20I later on Wednesday.

The team’s T20I vice-captain further opined that she is looking to bat longer with Verma in the deciding third and final match of the T20I series against England.

“We know what exactly to tell each other, so that helps quite a bit, especially in the T20I format. The one thing we need to work on as an opening combination is to carry on till at least the 15th or the 16th over. That will be good for our team. We will be working on that.” 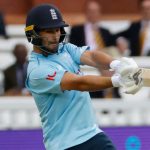 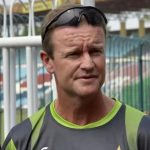