Nothing can be more than this that the whole cricketing world is celebrating your century and praising you. It has recently happened with former Indian skipper and senior batter Virat Kohli when he finally ended the wait for his 71st international century after 3 years. Especially, the players from the arch-rivals Pakistan heaped their praises on Virat Kohli.

They almost bowed down to the amazing performance of the modern-day batting great. This list includes the likes of former players in the form of Waqar Younis and Mohammed Amir alongside current players Hasan Ali and Imad Wasim.

They took to Twitter for appreciating the 33-year-old for his stellar comeback performance against Afghanistan in India’s last match in the super-4 round of the Asia Cup 2022.

The great is back @imVkohli

The 71st is finally here, long wait but worth it. What composed and powerful innings and statement from Virat Kohli. Maza aagaya! #INDvsAFG #asiacup2022 @imVkohli pic.twitter.com/4MQWG0zg00

The best player on the planet is back @imVkohli #GOAT𓃵

Form is temporary Class is permanent. Inning of dominance by @imVkohli Great to see him back at his Best #AsiaCup2022 #INDvsAFG pic.twitter.com/yYw53DCNom

so finally wait is over great 💯 by king kohli

One of the best things that has happened to cricket is Virat Kohli !

Great to see @imVkohli back in form, more like the Kohli we know with a brilliant hundred to win the game for India. Keep going buddy! 👍🏼#INDvsAFG

All the talks about him being done and dusted but the response came from bat, people can talk, but the response is there in hardwork and God’s will. Great to see you replying the critics with the bat. All the best for upcoming matches! @imVkohli #AsiaCup2022 #ViratKohli pic.twitter.com/oHo3AkihTs

Great to see him back @imVkohli
Absolutely nailed it. All the hard work finally paid of. #ViratKohli #AFGvsInd

.@imVkohli playing at his best once again. Comes back with a 100 in T20. True display of intent, Class and Belief.

Great to see him back in form. #INDvsAFG #AsiaCup2022

The king is back ! This shows his class , determination & resilience. What an incredible innings by @imVkohli – many many congrats to him ! you always have been and always will be inspirational! #INDvsAFG #AsiaCup2022

Notably, Pakistan has made it to the final of the ongoing edition of the Asia Cup. They have beaten India and Afghanistan respectively in their two matches of the super-4 rounds in the tournament. The men in green will face Sri Lanka in the title clash of the 15th edition of the continental tournament.

India and Afghanistan have been knocked out of the tournament after losing their matches in the super-4 stage.

Talking about the match between India and Afghanistan, then the Afghan skipper Mohammed Nabi won the toss and asked the Indians to bat first. India posted a massive total of 212 runs for the loss of only two wickets in the 20 overs. Former skipper and senior batter Virat Kohli smashed 122 runs off just 61 balls with 12 boundaries and six sixes to his name. Other than him, stand-in skipper KL Rahul also played a magnificent knock of 62 runs off 41 balls with six boundaries and two sixes on his credit.

While chasing the target, Afghanistan could score only 111 runs for the loss of eight wickets in 20 overs and lost the match by 101 runs. Virat Kohli was adjudged player of the match for his sensational knock. 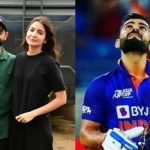