Over the last two decades, we have seen a lot of innovation when it comes to playing shots in cricket. The first innovation came during the 1890s when the batters couldn’t play towards the on-side. Legendary Ranjitsinghji played the shot towards fine leg for the first time in the history of the game. After a while, WG Grace’s brother Edwards started playing cross-bat shots on the on-side which is ill-termed as ‘modern-day’ shots.

After more than 100 years, the game has seen the introduction of two different formats, ODI and T20Is. With the change in formats, the requirements are also different. The batters have developed a lot of shots that are played with absolute authority these days. In this listicle, we will discuss five unique shots which increased the stardom of players.

Five shots that increase the stardom of the players

A lot of his fans remember Sachin Tendulkar for his straight drive in his 24-year international career. However, the batting maestro also developed an uppercut shot against short-pitched deliveries in 2002. For the unversed, India went to South Africa for the tri-series with South Africa and Kenya. After this, the Men In Blue played the Test series against the Proteas.

During the series, Tendulkar developed the upper cut shot against Makhaya Ntini. The shot can be very productive against bowlers with rapid pace. Sometimes, it is difficult to play a pull shot against quick bowlers. 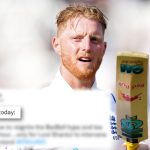