India and Pakistan faced each other in a nail-biting thriller in the super-4 round of the Asia Cup 2022. Pakistani skipper won the toss and asked the Indians to bat first at the Dubai International Cricket Stadium. Batting first, the Indian team managed to post a total of 181 runs for the loss of seven wickets in the allotted 20 overs.

While chasing the target, the Pakistani team crossed the line in 19.5 overs and won the match by five wickets. Apart from the action on the field, the match witnessed some excitement off the field and even in the dressing rooms of the team as well.

Recently, a similar video has gone viral which is of the dressing room of Pakistani where they can be seen in high stress and praying for the win against India.

It all happened when the skipper Babar Azam gone excited and shouted, “Paanchi fielders aa gya Bhai (bro, there are five fielders),” he was referring to the restrictions in the fielding that were imposed on the Indian team due to a delay in finishing the allotted overs in the given time.

The raw emotions, the reactions and the celebrations 🤗

🎥 Relive the last over of Pakistan's thrilling five-wicket win over India from the team dressing room 👏🎊#AsiaCup2022 | #INDvPAK pic.twitter.com/xHAePLrDwd

Speaking of the match, the Pakistani side finished the match just on the crossing line, they chased down the target at the penultimate delivery of the last over. Star wicketkeeper-batter Mohammad Rizwan ended up as the highest run-scorer in the inning for Pakistan with a knock of 71 runs off 51 balls with six boundaries and two sixes to his name.

Other than him, Mohammad Nawaz also stunned everyone with his blistering knock of 42 runs off 20 balls. He was also awarded player of the match for a match-defining knock in this very crucial encounter against the arch-rivals. Rizwan was also involved in the last-minute intense moments when he asked his teammates when he was on the balcony, “Kitna run hai? (What is the score)”. 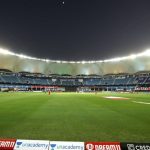 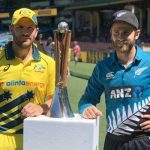