Sri Lanka Cricket (SLC) President Shammi de Silva has revealed that Kusal Mendis and Niroshan Dickwella have been called back to Sri Lanka after the cricketers were seen roaming on the streets of Durham, England. A video where the duo is seen roaming on the streets on Sunday night is circulating on the internet. This a severe breach of COVID-19 protocols. The SLC has requested a report from the team manager to varify the authenticity of the video. Shammi de Silva said the incident is being investigated and strict action will be taken if the players are found guilty.

Familiar faces in Durham tonight, enjoying their tour! Obviously not here to play cricket, this video was taken at 23.28 Sunday. Disappointing performance by these cricket players but not forgetting to enjoy their night at Durham. RIP #SrilankaCricket #KusalMendis #ENGvSL pic.twitter.com/eR15CWHMQx

Meanwhile, the Sri Lanka fans are upset with their team’s performance and have started a trend on Social Media #unfollowcricketers. Thousands of Sri Lanka fans have unfollowed the official Facebook pages of the team’s vice-captain Kusal Mendis and opener Danushka Gunathilaka.

A popular website newscenter.lk reported that the main aim of the entire campaign is to unfollow the Sri Lankan cricketers.

Sri Lanka were thrashed 3-0 by England in the three match ODI series. They suffered a crushing defeat by 89 runs in the final T20I after getting bowled out for a mere 91. The team now will look to salvage their pride in the 3 match ODI series that gets underway on June 29. 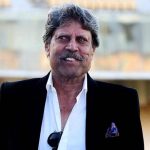 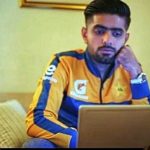