Sri Lanka’s national cricket team is being subjected to a lot of hate and criticism on social media from cricket fans. They are currently in the United Kingdom (UK) for a limited-overs tour. However, the visitors aren’t enjoying an ideal outing as they were clean swept in the T20 series. This was Sri Lanka’s fifth consecutive series loss in the shortest format of the game. The island nation’s poor performance in the T20I format has caused outrage among cricket fans. The Sri Lanka fans termed whitewash against England as Sri Lanka’s worst performance in the last three decades.

To show their resentment towards the National players, the fans have launched a hashtag #unfollowcricketers. Thousands of Sri Lanka fans have unfollowed the official Facebook pages of the team’s vice-captain Kusal Mendis and opener Dhanushka Gunathilaka.

A popular website newscenter.lk reported that the main aim of the entire campaign is to unfollow the Sri Lankan cricketers.

In the second T20I, England managed to stop the visitors at a mere score of 111 runs in their 20 overs. None of the Sri Lanka players took the responsibility of scoring runs for the team and as a result, the visitors lost by five wickets.

The last match of the T20I series saw the Three Lions scripting a win by 89 runs. David Malan was the wrecker-in-chief for the hosts as he played a sublime knock of 76 runs. 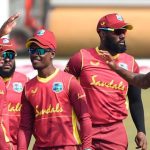 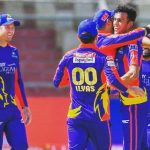