People were confused and started speculating that all were a part of a movie. Indian cricket fans who were puzzled about the poster got excited about Rohit Sharma starring in a movie. However, someone from the cricket field, who was part of the campaign, put an end to the confusion.

It was none other than the president of the Indian cricket board Sourav Ganguly. The former India cricketer uploaded his image in the same format as others but with a great caption. “*post copy* It was fun shooting for it! My new Mega Blockbuster is releasing soon! #TrailerOut4thSept #MegaBlockbuster. *Please ensure that the Meesho brand name or Meesho hashtag is nowhere mentioned in the September 1 post,” he captioned it.

It was then understood that the entire campaign was for the ‘Meesho’ brand and the former India cricketer posted the instruction sent to him along with the image. People went berserk seeing the post and before he could delete it, his fans took a screenshot of it. His fans started to troll him and no one could control their laughter either.

A user named Tanuj Lakhina pointed it out on Twitter and said that the former skipper has ruined the campaign. “The “Mega Blockbuster” campaign being posted by many celebrities belongs to @Meesho_Official. Ruined by Ganguly’s social media team. Welp!,” he captioned.

The "Mega Blockbuster" campaign being posted by many celebrities belongs to @Meesho_Official. Ruined by Ganguly's social media team. Welp! pic.twitter.com/eiEqAomEA9

Now that the campaign has been ruined, it remains to see if the brand would come up afresh. Renowned actresses like Deepika Padukone, Rashmika Mandanna, and comedian Kapil Sharma were all a part of the campaign. As it stands, we decided to handpick a few funny tweets of fans trolling the Indian cricket board president and former Indian skipper Sourav Ganguly:

SMM team is on fire 🔥

He doesn't have a team 🤣 Posts himself 😭😭

What actually going on??

Somebody in the social team believes in BazzBall strategy…. 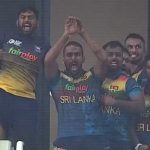 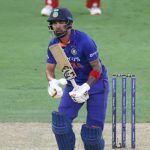