2022 hasn’t really been great for the cricketing fraternity. In barely three months, several big names from the cricketing world have passed away. Their demise came rather unexpectedly.

Thus, many big names have expressed their grief over the death of these big names. So which are the cricketers and match officials who have passed away in 2022?

Rod Marsh’s demise was a huge loss to Australian cricket. He died due to a heart attack, while in Queensland. Not only did he serve Australia as a player, but he was also the Chairman of the selection panel from 2014 to 2016.

As far as his game is concerned, the legend has played 96 Tests, and scored 3633 runs. He also played 92 ODIs, and scored 1225 one-day runs. Besides, he held the record for the most number of dismissals in Tests at one point in time. 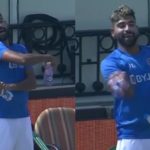