KL Rahul, the Indian batter, was rested for the ongoing ODI series against New Zealand and on January 23, Monday, the veteran married his longtime girlfriend, Athiya Shetty, daughter of renowned Bollywood actor Suniel Shetty. To add more, the marriage happened at Khandala and it turned out to be a memorable moment for the duo.

Post the conclusion of the auspicious ceremony, Suniel, who met the press, said that it felt surreal to become a father-in-law. Further, the veteran actor said that it was a moment to cherish, as he distributed the sweets to the media personnel who gathered in huge numbers to meet and wish the actor.

In your light, I learn how to love: KL Rahul

Later on the day, the right-handed batter took to Twitter to convey the news and express his delight in tying the knot with Athiya. Fans, who took cognizance of the same, conveyed their best wishes to the longtime couple and wished them well on their journey.

“In your light, I learn how to love’ Today, with our most loved ones, we got married in the home that’s given us immense joy and serenity. With a heart full of gratitude and love, we seek your blessings on this journey of togetherness,” Rahul wrote on his Twitter account.

One has to agree that Rahul’s marriage was the most-awaited day of his life, with fans going berserk over the batter’s wedding ceremony. Many former cricketers and modern-day players came together to convey their wishes to the new couple on their social media accounts. Rahul, in all likelihood, will make a comeback for the upcoming Border-Gavaskar trophy against Australia slated on February 9. The Indian batter would look to give it all in the upcoming series, given that he has been facing criticism for his slow strike rate in white-ball cricket.

Here’s how cricketers have reacted to KL Rahul’s wedding with Athiya Shetty:

Congratulations. Wishing you a happy married and a blessed life together. 🎉

Heartiest congratulations to lovely couple @klrahul & @theathiyashetty . My best wishes are with you as you begin the most important innings of your life. May Waheguru bless you with immense love and Happiness. #KLRahulAthiyaShettyWedding pic.twitter.com/zOqBJynI3B

Congratulations to my dear friends @SunielVShetty & #ManaShetty for their daughter @theathiyashetty’s marriage to @klrahul. Here’s wishing the young couple a blissful married life. And, Anna, here’s a special shout-out to you on this auspicious occasion.
❤️ Ajay pic.twitter.com/n2po9KfPdo 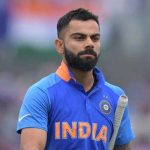 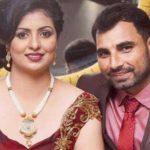