Over the years, India’s women’s cricket team has come off their own with some incredible performances. In the 2017 ODI and 2018 20-20 World Cups, they played the knockouts. In 2020, they qualified for their maiden 20-20 World Cup final, only to lose against Australia. This year, they won the Silver medal in the Commonwealth Games 2022. Notably, the Women In Blue lost the Gold medal to the Aussies.

Also, not to forget, they recently won their seventh Asia Cup title. Meanwhile, in the era of corporates implementing equal pay for their men and women employees, the Indian Cricket Board has decided to do the same. Jay Shah, who happens to be the secretary of the board, took to Twitter and announced the development.

Pay equity was my commitment to our women cricketers: Jay Shah

Meanwhile, Shah has said that he is pleased to announce the cricket board’s first step towards tackling discrimination in regard to annual payments to its men’s and women’s cricketers. In the tweet, Shah announced the different payments to women players according to the format of the game.

“I’m pleased to announce Indian cricket board’s first step towards tackling discrimination. We are implementing pay equity policy for our contracted Indian women cricketers. The match fee for both Men and Women Cricketers will be same as we move into a new era of gender equality in Cricket,” Shah tweeted.

“The Indian Women cricketers will be paid the same match fee as their male counterparts. Test (INR 15 lakhs), ODI (INR 6 lakhs), T20I (INR 3 lakhs). Pay equity was my commitment to our women cricketers and I thank the Apex Council for their support. Jai Hind,” he tweeted further.

I’m pleased to announce @BCCI’s first step towards tackling discrimination. We are implementing pay equity policy for our contracted @BCCIWomen cricketers. The match fee for both Men and Women Cricketers will be same as we move into a new era of gender equality in 🇮🇳 Cricket. pic.twitter.com/xJLn1hCAtl

The fans have lauded the Apex Council’s decision. Some said that it is the best decision given the fact that the Indian Cricket Board is the richest in the world. It will be interesting to see how the decision is being implemented in the future.

One of the greatest decision in india cricket history 🇮🇳🇮🇳 https://t.co/58raJzPz88

This is such a big and happy news man!! ❤ https://t.co/dPdePffRMS 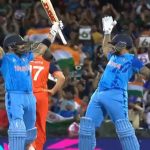 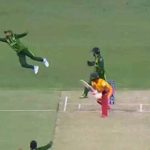