Senior batter Shikhar Dhawan has guided India to very handsome wins in the major international tournaments with his tremendous batting skills. He impressed everyone with his stellar performances in the 2013 Champions Trophy to help the Indian team win the title of the tournament for the first time in its history.

He was not a part of the team in the T20 World Cup last year and unfortunately, the Indian team was eliminated from the Group Stage of the tournament. The southpaw got almost sidelined by the management from the plans of the T20 internationals.

Although, recently, the 36-year-old was appointed as the stand-in skipper of the team for the three-match ODI series against West Indies. It was due to the fact that the management has rested the regular skipper Rohit Sharma for the Series.

Dhawan has talked about getting dropped a couple of times from the squad of the Indian team. During a conversation with news agency PTI, he expressed his opinions on being stick to just one format. He also told that he will work relentlessly to be an asset to the team rather than a liability to his fellow colleagues.

“Till the time I am playing for India, I would like to be an asset and not a liability,” Dhawan was quoted as saying to PTI.

Although, Dhawan has given this statement in just a general way the fans also found a way to roast the former captain of the Indian team, Virat Kohli. Notably, Kohli is enduring a poor run of form over the last couple of years. He hasn’t scored any international century since the last one he scored the last one against the West Indies almost three years back in the year 2019.

Now, the 33-year-old is back in the squad for the Asia Cup 2022 alongside another senior wicketkeeper-batter KL Rahul.

India will play their first match of the Asia Cup 2022 in the Group B Match against the arch-rivals Pakistan on the 28th of August 2019.

Here’s how Twitter took a jibe at Virat Kohli after Shikhar Dhawan’s statement: 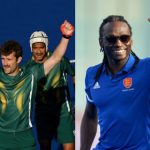 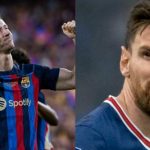