According to reports, the upcoming T20 World Cup is all set to be shifted to UAE and Oman with BCCI internally informing the ICC that they have no objections if the tournament is conducted in UAE due to the tricky situation of COVID-19 in India. The BCCI will retain the hosting rights of the 2021 T20 World Cup irrespective of the venue. Also, it is reported that Oman’s capital Muscat has been added as the fourth venue alongside Abu Dhabi, Dubai and Sharjah for the marquee event.

“Yes, the BCCI, during the ICC board meeting, has formally asked for a four-week window to take a final call but, internally, they have said that they would like to keep the hosting rights and wouldn’t mind the tournament being held in UAE and Oman,” NDTV quoted a senior board official.

Talking about the inclusion of Muscat, the official said that Oman’s capital will be used to stage the preliminary rounds of the 16 team events, adding that the decision was taken so that UAE gets sufficient time to prepare the grounds after 31 IPL games.

“If IPL finishes by October 10, then the UAE leg of World T20 can start off in November which would give three weeks’ time to the pitches to be spruced up for the global event. In the meanwhile, the first week can be held in Oman,” he said.

The ICC was not happy with BCCI asking for more time to take a decision on the T20 World Cup. The apex body believes that when BCCI cannot stage an eight team event (IPL) in India, how can they host a 16 team T20 World Cup within a month’s time. Also, they are wary of the fact that several teams won’t be interested in playing the World Cup in India due to the given situation.

“Look, everyone including BCCI brass knows that monsoon is not a good enough reason and it is COVID-19, with almost 2500 crore revenue riding on the tournament.

“In a 16-team event, if there is one team that gets affected in bubble with multiple cases, it won’t be like IPL. For weaker national teams, you won’t get ready replacements outside 14 or 15 men. There are teething issues,” an official of an associate nation, which is a part of the tournament, said.

However, with BCCI agreeing to move the tournament out of India, everyone will be satisfied now. 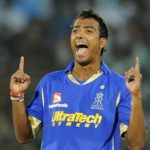