In a major disappointment to Sri Lanka fans, the second edition of the Lanka Premier League (LPL) has been postponed till the end of August 2021. The tournament was set to get underway from July 30, however, given the spike in the number of COVID-19 cases in the country, the Sri Lanka Cricket (SLC) decided to push the tournament by a month. Since the Indian Premier League (IPL) is also likely to be conducted at the same time, SLC might have to look at the November- December window to start the tournament else they might miss out on several big names.

The global T20 tournaments such as IPL, PSL, BPL are an opportunity for the local players to play alongside some of the biggest names in international cricket. The experience they gain prepares them for the big stage. Sri Lanka Cricket has seen a massive slump in the recent past thus tournament such as LPL can revive their cricket. It’s not only beneficial for Sri Lanka but world cricket as well as the competitiveness from the sport has somewhat vanished with just India, New Zealand, England and Australia performing well. The quality of cricket between other teams is not exciting anymore. 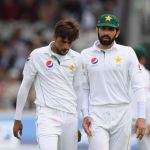