The Bangladesh Cricket Board (BCB) will be investigating the allegations of biased umpiring in the ongoing Dhaka Premier League(DPL). It is learned that BCB chief Nazmul Hasan has set up a committee to scrutinize the issue. It all started when Mohammedan Sporting Club’s skipper Shakib Al Hasan kicked and uprooted the stumps not once but twice, showing his dissent on umpires’ decisions in a match against Abahani Limited. The all-rounder was found guilty of breaching two sections of level three and was handed a three-match ban along with a fine of BDT 5 lakh.

The BCB chief told reporters that the incident has brought international shame to the country.

“It (Shakib’s outburst) has spread so much internationally. I am getting non-stop calls from all over the world. This is extremely insulting for Bangladesh. I think there’s no point in playing domestic cricket until and unless we find out the solution. It has reached an extreme point. It has ruined all the good work we have done,” Nazmul Hassan told Jamuna TV.

Hasan further revealed that even though he hasn’t received any formal complaint regarding the issue (biased umpiring), he has formed a committee to go into the depth of the matter, adding that strong actions will be taken against those found guilty.

“They haven’t shown me anything as proof. I am only seeing documents signed by managers and captains from matches. There’s no complaint from anyone, so who will give me the allegations? I have still asked them to find out what’s going on. Matches are being recorded now. It is not just hearsay. We will definitely take action,” he said.

“I am not in favour of running domestic cricket until I find a solution. We have to solve the problem first. We hear from people, from the media, and Facebook that everything is pre-planned. If that’s so, there is no point running these games, that too during Covid, and spending one million dollars as additional cost for the bio-bubble.” 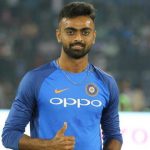 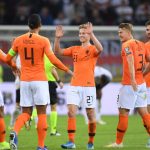