After the reports of India and New Zealand players flying together to the UK, RCB all-rounder Glenn Maxwell has hinted that Australian players may also join India, New Zealand players on their way to England. Owing to the massive surge in COVID-19 cases in India, Australia has banned all direct flights from the country.

“We just want to find a way to go home. The BCCI, both governments can work on a solution. If we have to wait a bit longer, so be it but there is a way to get home at some stage,” Maxwell told “The Final Word Podcast” conducted by journalists Geoff Lemon and Adam Collins.

“India and England are going to play in England. Worst comes to worst, we have to wait in England and try and find a way out in that chartered (flight) and get out of India. I am sure a lot of guys will try and put their hand up in trying to do that as well,” Maxwell said.

A senior BCCI official also agreed on the same, saying that the option could be explored considering the International travel guidelines.

“Travelling to England and going to Australia from there could be an option that can be explored. There will be various options and obviously, BCCI will try and take the safest one which doesn’t compromise any of the players’ health and security,” Hindustan Times quoted Arun Dhumal

India and New Zealand are set to lock horns in the summit clash of the World Test Championship from June 18 in Southampton. Earlier, several reports stated that New Zealand players will also fly to England with Indian players as there will not be enough time for them to go back home and then leave for England due to the COVID restrictions in the UK. 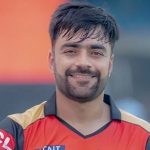