New Zealand cricket board has revealed the 20 man squad for their upcoming tour to England where they will play a two-Test series against England. The squad will be further trimmed to 15 members, who will represent the Kiwis in the summit clash of the World Test Championship against India in June. Led by Kane Williamson, the Blackcaps will have a full-strength squad at their disposal along with three uncapped players, namely Devon Conway, Rachin Ravin and Jacob Duffy.

The Test series against England begins on May 25th but Kane Williamson, Mitchell Santner, Trent Boult and Kyle Jamieson are likely to miss the first Test as they’ll be in India, participating in the Indian Premier League.

Fast bowlers will be the key for New Zealand against India

In Tim Southee, Trent Boult, Neil Wagner, Kyle Jamieson, Matt Henry, New Zealand is equipped with some of the best fast bowlers going around in world cricket. The conditions in England are feasible for pacers thus the Kiwis will fancy their chances against Virat Kohli’s men.

For India, the onus will rely on Virat Kohli, Ajinkya Rahane, Cheteshwar Pujara and Rishabh Pant to tackle the Kiwi pace battery. Both teams are in top form at the moment thus it’s building up for an enthralling encounter. 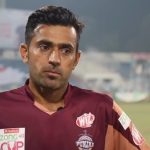 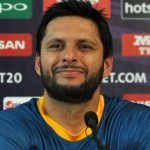