For the first time since the COVID-19 pandemic set in human lives, Australia and New Zealand will be playing an ODI series this month. Originally, the series was meant to be played in March 2020 to mark the end of the Australia home summer. However, due to the pandemic, the series was called off after the first ODI. Now, after things have become normal, both teams will play a three-match ODI series.

The series will start on September 6th and all the matches will be played at Cazalys Stadium, Cairns. Talking about both teams, they have had a tough time in their respective series off-late even after winning the series. The Kiwis had a tough time in one of the games against Ireland. On the other hand, the Kangaroos were beaten by lower-ranked Zimbabwe recently.

Both teams would be looking to assert their authority over each other and start their preparations for the next year’s ODI World Cup. Not to forget, this series is also part of the World Cup Super League, a qualification tournament for the 2023 ODI World Cup. In the league, the Kiwis are sitting in the fourth spot, while the Aussies are in the seventh spot. Both teams would love to finish in the top seven for the direct ticket to the event.

Here are all the rest of the details for the series

All the matches will be played at Cazalys Stadium, Cairns.

Broadcast Details (For the viewers in India) 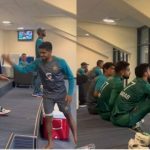 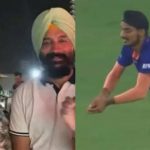