Umran Malik and Anrich Nortje are rare kinds of genuine pacers. They can clock more than 150 kmph per hour. Malik can into the limelight last year during the Indian T20 League when he bowled with a disconcerting pace. On the other hand, Nortje has been playing all-formats for South Africa in the last few years.

Meanwhile, the South African pacer has said that he is not bothered about who is the fastest bowler in the world. He says that he cares about contributing to the team’s wins. The right-arm pacer said that when he trains, he does think about bowling fast, but parks the thought when he is playing the match.

“Yeah, at this stage, I am not bothered about who is the fastest (bowler). Not really bothered about it who is the fastest and what the speed gun is, it is about contributing to the team. When I do train, when I am not playing, you obviously think about how can you get fast with the way you train, whatever you are doing. In the back of my mind, it would be something I will keep on striving towards but it is not something I think about when I go to the field,” Nortje said in the pre-match conference ahead of the fourth T20I against South Africa.

The 28-year-old also praised Umran Malik by saying that if the latter can increase his pace, it will be great for him. He also said that they are not at a stage where they would compete with each other on bowling the fastest delivery.

“Umran Malik is a very good bowler, a very fast bowler. He has shown what he can do. If he gets faster, great for him. If I get faster, great for me. I do not think we are at the stage where we are competing to bowl the fastest ball, it is about winning games and trying to contribute,” he said. 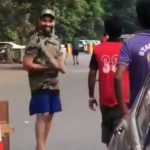