“Discussions with AB de Villiers have concluded with the batsman deciding once and for all, that his retirement will remain final,” CSA said in its statement according to journalist Saj Sadiq.

De Villiers was in top form in the now postponed 14th edition of the Indian Premier League. He single handedly won RCB a couple of games and amassed 207 runs in six innings at an average of 51.75 and a strike rate of 164.29. Given his form, the fans were hopeful of watching AB de Villiers representing South Africa in the T20 World Cup. However, all the speculations regarding his comeback have been put to rest.

South Africa will play two Tests against West Indies starting June 10 in St Lucia followed by five T20Is in Grenada. The Ireland Series will kick off on July 11 and will comprise of three ODIs and three T20Is. 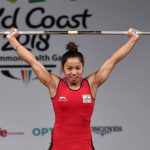