AB de Villiers might be 37 years old but you would never feel that the great batsman is out of touch or is unfit by any means. The wicket-keeper batsman bid adieu to international cricket in 2018 but has continued featuring in various cricket leagues.

He is one of the key figures in the RCB camp and yet again proved his worth with a match-winning knock in the IPL 2021 opener. Many people are seeing IPL as an opportunity to refurbish their skills ahead of the World T20 and one among them is AB de Villers. The wicketkeeper batsman has expressed his interest in representing South Africa in the T20 World Cup. South Africa are going through a rough phase in international cricket and the return of AB de Villiers will be a massive boost.

South Africa head coach Mark Boucher revealed that he had a word with AB de Villiers regarding his stance of coming out of retirement and play for South Africa. Boucher said that De Villiers is keen to perform well in the IPL and make a statement that he still good enough to play at the highest level.

“I did chat to him before he went to the IPL. The conversation is still very much open. AB, being the person he is, wants to perform very well at the IPL to prove to himself and everyone else that he is still a very key figure in world cricket and could dominate at that level,” said Boucher as quoted by iol.ca.za

“I said to him: ‘Go do your thing, and I’ll give you a shout towards the back-end of the IPL.’ So that is where we are with him,” added Boucher.

De Villiers got off to a blazing start in the IPL 2021 and played a match-winning knock of 48 runs in 27 balls to help Royal Challengers Bangalore beat Mumbai Indians. 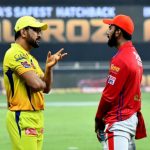