Virat Kohli has been the poster boy for the Indian Cricket since his arrival in 2008. In the last 10 years, he scored a huge number of runs at a consistent rate and some unbelievable match-winning knocks. Till now, he played 458 International matches where he scored 23650 runs at an average of 54.11.

Apart from being a batter only, he also led the team India to some historic Test series wins in SENA countries. Kohli is the joint fourth-most successful captain in international cricket with 128 victories in 200 matches. All these contributions led to a huge amount of money for him and that made him one of the richest cricketers on the planet.

Virat has a luxurious flat in Mumbai’s Versova. This property is worth around INR 10 Crore as it is a 3BHK flat. Though, now he does not spend so much time in this apartment.

The total area of this flat spread around 6000 square feet. Even, though both he and his wife have a couple of the same apartments in the same building.

After marriage, he shifted to that luxurious apartment, and thus, this apartment is now underutilised. 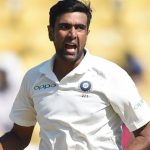